What to Know About an Importer Security Filing 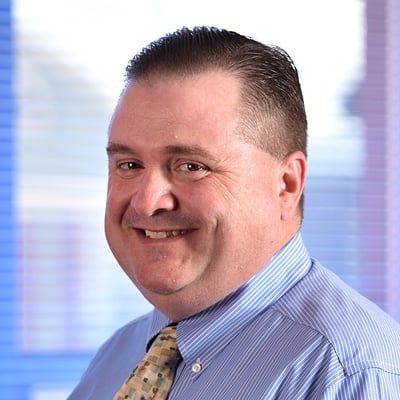 If you’re planning to import goods by ship to the United States, you’re required to file an Importer Security Filing (ISF).

The ISF is a byproduct of Customs and Border Patrol’s “Container Security Initiative” and the Maritime Transportation Security Act of 2002, both created in the wake of 9/11 to pre-screen U.S.-bound cargo and transit cargo at foreign ports.

This post explains the ten items you need to provide and the two items your carrier provides to fulfill your ISF obligation.

From Initiative to Rule

In 2009, this initiative evolved into a sophisticated system that CBP officials use to track and regulate inbound cargo before it hits U.S. ports. The elements of an ISF Form are ten data points from the importer and two from the shipping company, which is why the information for this form is sometimes referred to as “10+2.”

The ISF process can sound intimidating to first-time importers. And the consequences of failing to file an ISF form can be costly, with penalties starting at $5,000. A good freight forwarding partner should work with you to gather the information necessary to complete an ISF form and avoid cargo delays and fines.

The “10+2” regulation is for ocean cargo (air shipments are covered by different rules). An ISF is required for containerized cargo, break bulk shipments, and for Ro-Ro shipments. Items shipped in bulk like grain or coal are exempt. Additionally, any shipments that arrive by vessel to Canada or Mexico and are subsequently into the U.S. are not required to file a 10+2 form.

The CBP developed the ISF to be proactive. Your 10+2 must be captured and filed “no later than 24 hours before the cargo is laden aboard a vessel destined to the United States.”

However, the ISF for break bulk cargo must be filed at least 24 hours prior to a shipment’s arrival. Keep in mind there are two parties responsible for providing data to CBP: you and your shipping company. Because this is such an important part of importing goods, you should review the ISF process with freight forwarders and shipping companies before awarding them your business.

What is the CBP doing with all this data? Your information is entered into a proprietary system that scores your cargo based on criteria that not public knowledge. This secrecy is to prevent criminals from gaming the system to hide dangerous or illegal goods.

Making Changes to Your ISF

It’s not uncommon for the destination of your cargo to change while in transit. This does not mean you will be forced into accepting a penalty for an inaccurate ISF. Instead, it’s possible to amend your original ISF to reflect any changes.

The Ten Items You Must Provide

The IRS number, EIN, Social Security number, or Customs assigned importer number of the entity liable for payment of all duties and responsible for meeting all statutory and regulatory requirements incurred as a result of importation.

The IRS number, EIN, Social Security number, or Customs assigned an imported number of the individual or firm in the U.S. on whose account the merchandise is shipped.

Name and address of the last known entity by whom the goods are sold or agreed to be sold.

Name and address of the last known entity to whom the goods are sold or agreed to be sold.

Name and address of the first deliver-to party scheduled to physically receive the goods after the goods have been released from Customs custody.

Country of manufacture, production, or growth of the article, based upon the import laws, rules, and regulations of the U.S.

Tariff number under which the article is classified in the HTSUS. You are required to provide at a minimum six digits, but CBP will accept eight digits or the full ten-digit HTS number. This means all goods will need to be classified prior to shipping.

For more information about the ten data points you’re responsible for, visit the CBP website for a complete overview of the “10+2” Program.

The Two Items Your Shipping Partner Must Provide

Your shipping partner is responsible for two pieces of information: the vessel stow plan (VSP) and container status messages (CSM).

The VSP is a standardized method for loading and arranging containers on a vessel. The CSM describe the status and movement of the containers where your cargo is located. These are mostly logistical concerns that help CBP track the location, both in transit and on the ship, of flagged cargo.

Can You Avoid Delays and Inspections with ISF Best Practices?

In short, no. The potential downside to ISF forms and CBP protocols can be allayed by putting more time in your supply chain. You should know whether or not the items you’re importing will be flagged. But even if you’re the company importing stuffed animals, the system randomly flags containers as well.

Customs can look at any container they want at any time for any reason. The system might randomly choose your container for inspection. Any Customs inspector can override any shipment and say we want to look at this container manually, which often leads to cargo delays.

This could occur because the CBP got a tip about illegal activity at the port you’re shipping to. They could be looking for all kinds of things, not just possible terrorism. It could be a coincidence that you’re shipping something that’s more likely to get flagged for inspection based on the CBP priorities at the time. One way to mitigate the likelihood of inspection or delay is to be certified under Partnership Against Terrorism (CTPAT). You’ll also want to be in the Broker-Known Importer Program (). Both of these credentials help with your targeting score.

The ISF process is tedious but it is a good thing. It keeps trade standardized and safer for all parties involved. It can seem like a lot of paperwork and cat-herding, but it’s a law for a reason. What you can do as an importer is make sure your information is timely and accurate, and know whom you’re doing business with. You need to know you can trust the data you have.