The rules and regulations regarding Sale can easily seem overwhelming. Be sure to think over the questions presented below, and how they may pertain to your business.

There are many important questions to ask yourself while dealing with Sale inside a multi-tiered transaction. In an ever-changing world, it is essential to stay informed on how specific rules can affect your business.

As additional duties, up to 25%, are being assessed on goods from China, the question of possibly using First Sale keeps coming up as a way to mitigate duty obligations. The First Sale rule allows importers to use the price paid in an “earlier sale” as the basis for the Customs value.

While it is true, Sale can be accepted by CBP, an importer choosing to use this valuation method must be sure that they have done their due diligence to ensure compliance. US Customs and Border Protection (CBP) actively scrutinizes imports utilizing this valuation methodology, so exercising reasonable care is paramount.

What is First Sale for Export?

Sale for Export (FSFE) is a duty reduction program whereby importers can legally claim a reduced dutiable value for eligible products imported into the United States. There are a few keys to keep in mind when dealing with Sale inside a multi-tiered transaction (e.g., a purchase involving multiple parties, such as the importer, wholesaler (or other intermediaries), and the factory).

A Few of the Many Questions to Ask Yourself:

Determining when merchandise is clearly destined for export to the United States, in a multi-tiered transaction, can only be made on a case-by-case basis. CBP will consider that merchandise is destined to be a US import once there is evidence which establishes that from the time the middleman purchased or contracted to buy, the imported merchandise the only possible destination was the United States. 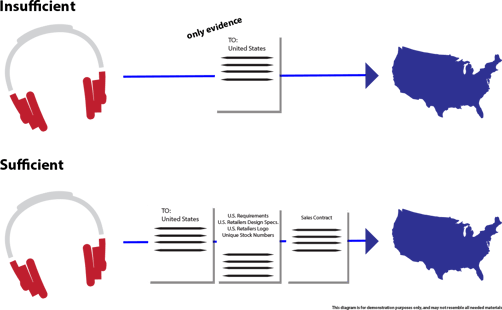 Example: A bill of lading stating that boxes of imported merchandise (i.e., headphones) were addressed to the United States when delivered to the carrier is, by itself, not enough evidence to substantiate that the headphones were clearly destined strictly for the United States. There must be other evidence throughout the paperwork trail—preferably starting with the manufacturer and carrying through to the intermediary and the U.S. retailer/importer. For instance, the documentation should clearly state that the headphones:

All of this being proven at the time the middleman purchased or contracted to buy the headphones from the foreign manufacturer.

The entire structure of the multi-tiered transaction must have a paper trail, proving validity for the transaction. This includes everything from invoices, sales contracts, purchase orders,  proof of payment, shipping contracts, or other documentation for each individual transaction involved.

There are other evidence avenues to establish proof of exportation to only the United States, including manufacture, design, and other unique specs, or characteristics of the merchandise made in conformity with the U.S. buyer's or importer’s standards, logos, stock numbers, barcodes other unique markings.

All this evidence must show that the only possible destination for the imported merchandise was the United States at the time the middleman purchased or contracted to buy the merchandise from the foreign manufacturer.

The takeaway: Be proactive in documenting internal controls, ensuring there is sufficient documentation to back-up First Sale valuation claims.

In addition to the above, importers should be able to describe and document the roles of all the parties involved in the multi-tiered transaction, including the relationship between the intermediary and the supplier. 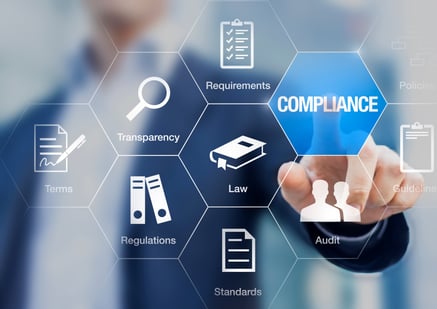 When is a sale considered to have been conducted at “arm's length”?

While First Rule has been approved for related parties in some instances, CBP will demand evidence that the price is a bona- arms-length transaction.

This can be a little tricky, however, if parties are related to one another. In this case, a sale would be considered to be at "arms-length" only if an examination of the circumstances of the sale indicates that the relationship between the buyer and seller did not influence the price paid or payable.

There are many other questions which should be considered in addition to the above. First Sale and multi-tiered transactions are sophisticated, yet worthwhile duty reduction approach.